by LiveBetPro
in Crypto
1

Bitcoin remained firmly above $21,000 on Monday afternoon as investors continued their anxious fretting over coming remarks by U.S. Fed Chair Jerome Powell and the same macroeconomic uncertainty that has engulfed markets of all stripes for almost a year.

The largest cryptocurrency in market value was recently trading at about $21,100, down roughly a percentage point over the past 24 hours. BTC has dropped 10% over the past five days after the release of July’s Federal Open Market Committee (FOMC) meeting suggesting the bank would maintain its current inflation prescription of 75-basis point, interest rate hikes. Powell is widely expected to signal the central bank’s intent in a speech at the Fed’s annual Economic Symposium in Jackson Hole, Wyoming later this week.

“Bitcoin momentum has evaporated as risky assets soften ahead of the Jackson Hole Symposium,” Oanda Senior Market Analyst Edward Moya wrote in an email. “Too much of Wall Street expects inflation to take two years or longer for the Fed to get inflation under control.”

Yet Moya added hopefully that Bitcoin weakness was “not matching the selling pressure hitting stocks…a sign that investors are not ready to see prices retest the June lows.”

Ether offered a two-pronged tale on Monday. The second largest crypto by market cap was recently changing hands below $1,600, a more than 2% drop that left ETH at its lowest level in nearly three weeks amid investor concerns that venture firm Jump Capital was dumping the token. But as CoinDesk’s Jimmy He wrote, a report by data provider Kaiko found that money was flooding back into the ETH futures market on Monday. “As the price dipped below $1,600, we observed a significant spike in open interest,” Kaiko noted.

Despite ether’s recent drop, Arca Chief Investment Officer Jeff Dorman remained optimistic about its future pricing, saying in his weekly Two Satoshi newsletter that worries about it were overblown. While “long ETH” is certainly a crowded and telegraphed trade, it is likely still one of the best risk/reward investment opportunities in digital assets right now,” Dorman wrote.

Other altcoins were largely in the red on average trading volume with SOL and SAND recently off more than 6% and 5%, respectively.

Equity markets that have largely correlated with crypto prices suffered throughout the day from the same concerns plaguing crypto markets. The tech-focused Nasdaq and S&P 500 both sank over 2%, and the Dow Jones Industrial Average (DJIA) nearly as much as markets returned to the more risk-averse climate from earlier in the summer.

Moya noted that bitcoin could drop below $20,000 support if the dollar, which has been gaining strength, continues on this course. “Bitcoin may have some defending the $20,000 level, but it may be tough for that level to hold if king dollar continues to appreciate leading up to Fed Chair Powell’s speech at the Jackson Hole Symposium,” he wrote.

The Roots of the Current Crypto Sell-Off

Crypto markets took a beating over the weekend as the Merge-induced ether rally fizzed and general “risk-off” sentiment drove prices lower – with futures seeing over $800 million in liquidations since Friday.

Ether fell 25% over the past week following a nearly month-long rise. DOGE and SHIB fell over 15% on Monday, while tokens powering layer 1 blockchains Avalanche, Polkadot and Solana saw declines of as much as 12%.

In a Telegram broadcast on Monday, Singapore-based QCP Capital blamed two factors, the U.S. central bank’s continued monetary hawkishness, for the slide in the absence of a specific trigger, adding it expected markets to continue to trade sideways over the coming weeks.

“Fed officials have been actively pushing back on the dovish narrative in the market,” QCP traders said. “This has led to equities stalling and trading lower, yields drifting higher and [the U.S. dollar] rallying across the board.”

“Chatter about Jump dumping a large amount of ETH ahead of the Merge has contributed to the rush to take profit on ETH longs,” the firm added, referring to prominent crypto trading firm Jump Crypto.

QCP traders added they saw “significant profit taking” that ultimately led to liquidations of levered long positions that built up over a strong month-long rally, the effects of which were seen “especially in ether” which has rallied 130% in the past month.

The firm said it would be watching Federal Reserve Chair Jerome Powell’s speech at the Jackson Hole economic symposium in Wyoming Friday for its potential impact on markets.

Here’s what to expect from Bitcoin, Ethereum price as Thailand tightens regulation 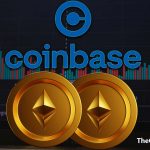 What’s next for Ethereum if Coinbase bans staking? 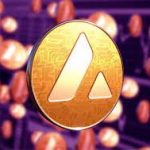 (Cointelegraph Team) The SEC argues that as ETH validators are concentrated more densely in the United States, ETH transactions are...