by LiveBetPro
in Blockchain
3

An international digital Investment company, Global Emerging Market (GEM) has made a $25 million funding commitment to Geeq, a multi-blockchain platform.

Geeq shared the announcement of the structured fund on its blog post on Monday.

The investment commitment from GEM is different from the conventional financing round, it is described as “capital commitment”. The funds are structured such that certain amounts are released to the firms at intervals upon attainment of set goals.

This funding model ensures that the invested funds are optimally utilized and set goals are achieved.

With the prevailing uncertainty around the nascent economy, this funding model might soon become commonplace in the ecosystem. This model reduces the risk associated with investing in crypto firms.

The target-based funds will be summarily utilized to improve Geeq’s platform to accelerate global blockchain adoptions. It will also be used to scale its team and improve the market of its products.

”With the GEM capital commitment, we are ready to bring enterprise and individuals into the metaverse and Web3. Our easy-to-integrate solutions from fintech to game tech, NFTs to micropayments, boast the best blockchain security on the planet.”

The platform said it will raise additional funds through the sales of purchase warrants for its native token GEEQ token. The tokens will be supplied over the next three years.

Geeq prides itself on a multi-blockchain platform that is secured by the Proof of Honesty Protocol (PoH). Developed by a team of expert economists and technologists, Geeq is built to solve scalability and security issues without sacrificing trust and capacity.

Its products are aimed at addressing problems such as security and transaction costs to encourage the mass adoption of blockchain technology. It says its platform is designed for any blockchain application, allowing enterprise and individual users to integrate fintech and game tech.

GEM also adopted the same funding model when it committed $200 million to Unizen, a centralized-decentralized (CeDeFi) exchange. The funds were used to develop the exchange’s system and scale its team to improve its in-house aggregator system designed to address scalability issues that exist on the DeFi protocol. 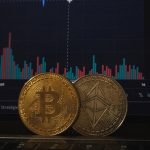 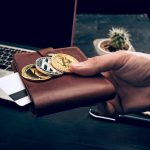 (CoinDesk Analysis Team) Recently-launched blockchain Aptos published a summary of its token distribution and incentive plans this morning amid reports of a...

(CoinDesk Analysis Team) The Seoul-based event has offered a welcome return to in-person interaction but failed to tackle the industry's...

Have you earned bitcoin by crypto gambling on the best crypto casino, and you’re hoping to branch out into other blockchain...