by LiveBetPro
in Crypto
1

Solana Ventures in collaboration with the Solana Foundation have launched a $100 million fund to invest in a Web3.0 startup emerging out of South Korea. Speaking to TechCrunch, Solana Labs General Manager, Johnny Lee said the fund is designed for firms developing GameFi, NFT, and Decentralized Finance (DeFi) solutions respectively.

The fund, like many preceding it, will be dedicated to all startups at different stages of their development, a move that will foster equitable access to the fund.

“A big portion of Korea’s gaming industry is moving into web3,” Lee said. “We want to be flexible; there’s a wide range of project sizes, team sizes, so some of [our investments] will be venture-sized checks.”

As affirmed by Austin Federa, head of communications at Solana Labs, the capital from the Solana Web3 fund did not come from venture capital investors, rather, it was sourced from the Solana community treasury in addition to the venture arm’s pool of capital.

South Korea is fast becoming a major hub for crypto and Web3.0 developers, and the ecosystem is notably gaining broader acclaim by the day, despite the minor setback that the negative optics from Terra’s collapse ushered in with the collapse of its algorithmic stablecoin (UST), and the LUNA Classic (LUNC) coin.

The $100 million funds from Solana will not go to waste as they will be used in backing startups with not just robust game economics, but one with a fun-filled game design.

While many critics argue that blockchain game developers are often focused only on the earning aspect, Lee predicts that there will be more “high-quality and fun games” launching on the Solana blockchain in the second half of 2022. These games will have the potential to alter the current perception that play-to-earn games aren’t fun.

Lee is also confident that there will be a better embrace of Web3 games just as we have for free-to-play games on mobile phones as the initial pushback into this niche is gradually clearing off.

“Free-to-play adoption probably took eight years, so if we say it’ll take four years for web3 games to be the dominant revenue model, I’m pretty comfortable with that.” 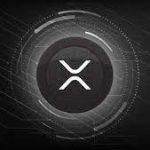 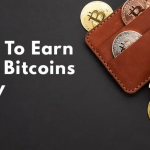 Cointiply Review – Is It a Legit Site To Earn Free Bitcoin and Crypto [2022]? 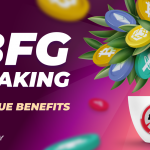 Stake BFG tokens – get multicurrency income with up to 100% APR 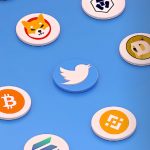 (Cointelegraph Team) Cryptocurrency and blockchain technology found no mention in India’s union budget for the year 2023, bringing down the...

(Akash Girimath - FXStreet) - Bitcoin price is likely to pull back to the $21,250 support level as bulls exhaust...

(CoinDesk Analysis Team) Tech investor Cathie Wood has made her first purchase of the year of Coinbase (COIN) stock. According...

LTC/USD – Forecasting the wave (five) within the second dimension correlation

(Elliott Wave Forecast Team) One of the well-known facts of the market is correlations between instruments. However, that rule does...